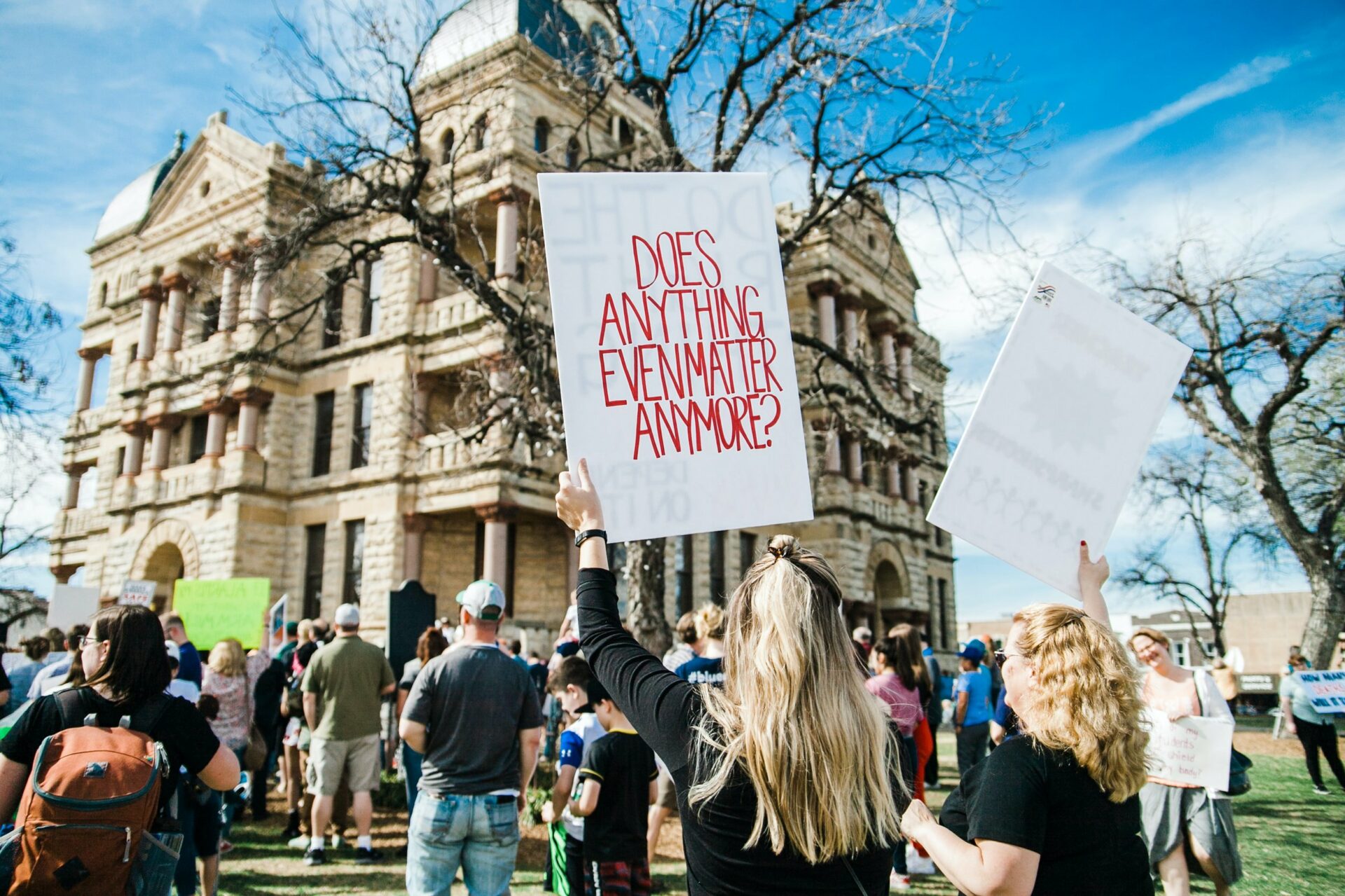 Last week an article written and published by the BBC called attention to the changing face of activism. Titled ‘Gen Z: How young people are changing activism’, the article explores the socio-political factors which have given rise to a new generation of activists and a development of activism more broadly.

These stats not only confirm that Gen Z’s chosen form of communication is social media, primarily receiving and sharing their news through social media, but it reinforces the effectiveness of online platforms as tools for generating active engagement.

This is therefore a tool which cannot be overlooked by brands and activist causes who are seeking to develop active relationships with a Gen Z audience. We only need to cast our minds back to the COVID 19 pandemic lockdowns of 2020 and 2021 to see that social platforms became the public space in which protests occurred. For example, whilst the Black Lives Matter protests evolved to take place on the streets, they were fueled and supported by a public protest taking place through video shares, hashtags, information links on stories and people talking to their phones to share their own experiences. Social media has, in many ways, taken over taking the streets as the public space in which we protest.

An additional role of social media in the changing face of protest is highlighted by the article as its ability to inform and expose young people to social causes at a younger age. Whilst previous generations may have been shielded from social issues either by protective parents who have control and knowledge over what content their children were consuming, this is a generation who has access to information, quite literally, in the palm of their hand via smartphones. This is a claim supported by our insights from our own community too, as 41% of our community reported that they became politically active at 13-16 compared to 33% who said they became politically active and concerned about social causes between the ages of 16-19 and the 16% who said they were over the age of 19.

‘…whilst we would encourage brands to take note of their ability to communicate with Gen Z at the click of a button via social media, the most significant takeaway should be that Gen Z are looking for brands to take action.’

Additionally, as social media and the internet also allows us to access global news rather than just local issues, social media has also been fundamental in contributing to a generation of people who are more aware and informed of a world beyond their own social circle than ever before. This has led to a generation who, armed with all the knowledge they have consumed, are seeking change, and seeking brands who will partner with them, to create change.

Hence, whilst we would encourage brands to take note of their ability to communicate with Gen Z at the click of a button via social media, the most significant takeaway should be that Gen Z are looking for brands to take action. For Gen Z, the most effective ‘marketing strategy’ is not to create slick social media campaigns that ultimately lack substance, but to authentically show that you are a brand which is taking active steps to bring about changes that align with your brand’s ethos.

If you found this article topic interesting keep an eye and ear out for the next episode of our Imagen Insights Imagen This podcast, coming soon.